It’s nominated for six Oscars, just earned a BAFTA for star Daniel Kaluuya’s performance, and made history as the first film with an entirely Black team of producers to earn a Best Picture nomination from the Academy. But is the history depicted in Judas and the Black Messiah a completely reliable picture? Directed by Shaka Netflix’s animated anthology Love, Death + Robots includes so many worthwhile episodes, but these 10 are a great place to start. This is a funny, endearing, fresh show that demonstrates what proper representation looks like. Ms. Marvel delivers the representation Muslims finally deserve. And you don’t have to be Muslim to appreciate it. Fire Island is one of the best gay films released in recent memory. It’s funny, it’s romantic, and it is beautifully written, acted, and directed. It may not win Oscars–comedies rarely do; gay films more rarely still–but it is an instant classic that critics and audiences will be citing for years. With Jurassic World: Dominion hitting theaters soon, we’ve got to wonder why no one ever learns the lessons of the previous films. This June brings a whole new batch of streaming options to choose from and we’ve curated the best picks just for you. Laid Off? 10 Movies to Watch

What to watch when you’ve been laid off? Here are the best movies about getting downsized and starting over. 12 Book Adaptations to Get Excited About This Year

With each New Year comes a fresh lineup of literary adaptations, and 2023 will not disappoint audiences. Much-anticipated sequels (Dune, Shadow and Bone) finally arrive to satiate followers. Beloved classics (Wonka, The Color Purple) get new spins—and songs. Judy Blume adds another film adaptation to her career as an author, as does Bram Stoker. Whether A fresh coming-of-age dramedy, Never Have I Ever depicts how the death of a loved one can impact teens’ mental health, as well as a parent’s wellbeing. Families enduring similar struggles will find relatability and reassurance to know they’re not alone. A Royal Drama to Fill the Meghan and Harry Void: Corsage

Harry and Meghan drama might be waning, but our fixation with all things royalty has not. An Oscar Shortlist for Best International Film, Corsage looks at the first royal celebrity with depth and imagination. After three long years, Grammy-winning star Norah Jones is going back on tour. She tells the Watercooler’s Steve Baltin what she’s been listening to and watching — and what she’s up to on her podcast. 2023 promises to reenact many Millennials pop culture milestones. If you’re feeling all that nostalgia, here are the best TV series to watch to take you back…and make you see how far you’ve come. In recent years, the Motion Picture Academy has made a concerted effort to represent more diverse and international perspectives, and the expansion of its membership has put “subtitled films” on the radars of voters — and, in some cases, in contention for the biggest awards. The turning point came just three years ago, when South Catch Up Watches: The Best Series to Transport You

The best escapist shows and movies with travel and exotic settings. 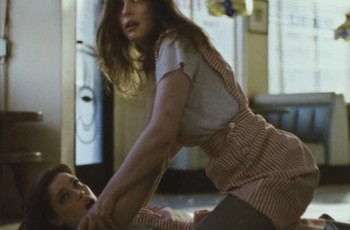 A original take on both anthologies and road trip movies, Seven Faces of Jane experiments with the “roads not taken” concept by tapping eight different directors, each one using a different genre and a different “Jane.”