Oscar-winning director Spike Jonze helmed the film, and Mike Diamond and Adam Horovitz of Beastie Boys tell the personal story of their band and their 40 years of friendship.

When I find myself dragged down by the state of the world, one of my favorite escapes is to time travel back to a magical place — the ‘80s.  That’s where Beastie Boys Story begins, with three best friends roaming the streets of New York fueled by youthful energy and punk-rap aspirations.

Billed as a ‘live documentary,’ the film is a multi-layered storytelling event, with Beasties Mike Diamond (aka Mike D) and Adam Horovitz (aka Ad-Rock) providing the connective tissue for an evening shot before a live audience in the historic Kings Theater in Brooklyn. Woven throughout are clips from music videos, photos, archival footage, and animation, all punctuating and energizing the story being told on stage. Adam Yauch (aka MCA), who died from cancer in 2012, shines throughout as the creative and emotional center of the band. While the visuals are fast and fun, the heart of the film is really found in the story told by Diamond and Horovitz. Presenting more like a couple of hipster dads on the sidelines of your kids soccer game than rule-breaking hip hop legends, the awe and wonder they bring to recounting their journey is contagious. Basically overgrown boys when they found themselves in heavy rotation on MTV and opening for Madonna in stadiums all over the world, their early fame feels like being let loose in a giant candy store.

With candor and honesty, Diamond and Horovitz talk about realizing they didn’t like who they had become, and their embarrassment about how the band started to take on some of the very frat boy traits they set out to satirize.

Part of what’s so endearing about this story is what didn’t happen at this point….

There was no bitter break-up.

No new producer or girlfriend came between them.

And not even one of them fell into the depths of addiction.

Instead, they were self-aware, and from that awareness, they took some time to grow before taking back creative license of the their work. They had some humbling stumbles, but kept their focus and kept doing the work, putting out music that represented who they wanted to be and still having a remarkable amount of fun doing it. The love and admiration Diamond and Horovitz have for Yauch is palpable, and as they describe him, it’s hard not to go mushy for him too. Among other endeavors, after converting to Buddhism, Yauch became a tireless advocate for Tibet and the spark for the Beastie Boys to organize the Tibetan Freedom Concert. Most moving is when a tearful Horovitz talks about having no idea they were playing what would be their last show together before Yauch’s diagnosis in 2009. It’s a real moment, tinged with loss and grief that feels so relatable in these times.

Money and fame be damned, it’s our relationships that sustain us and love that will save the day. As Mike D says, “It’s not like all of it was easy or highlight filled, but who gets to work every day with their two best friends?”

Anyone nostalgic for the ‘80s (or ‘90s), or anyone who would enjoy a guided tour through this moment in time. The teenagers in your life who might find a story about a time when MTV showed actual music videos entertaining. Any documentary fan interested in a fresh take on the genre. Anyone whose total knowledge of the Beastie Boys consists of “Fight for Your Right (to Party).”

The film was directed by Spike Jonze, longtime friend and collaborator of the band. 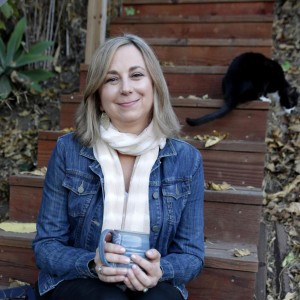 Christine Triano, LCSW, is an LA-based psychotherapist who has written for Psychology Today, Scary Mommy, and other outlets. She is also the writer and co-producer of the documentaries Los Punks; We Are All We Have and Lost Angels: Skid Row is My Home.
PrevPrevious PickUnorthodox
Next PickIce Fantasy (Huànchéng)Next